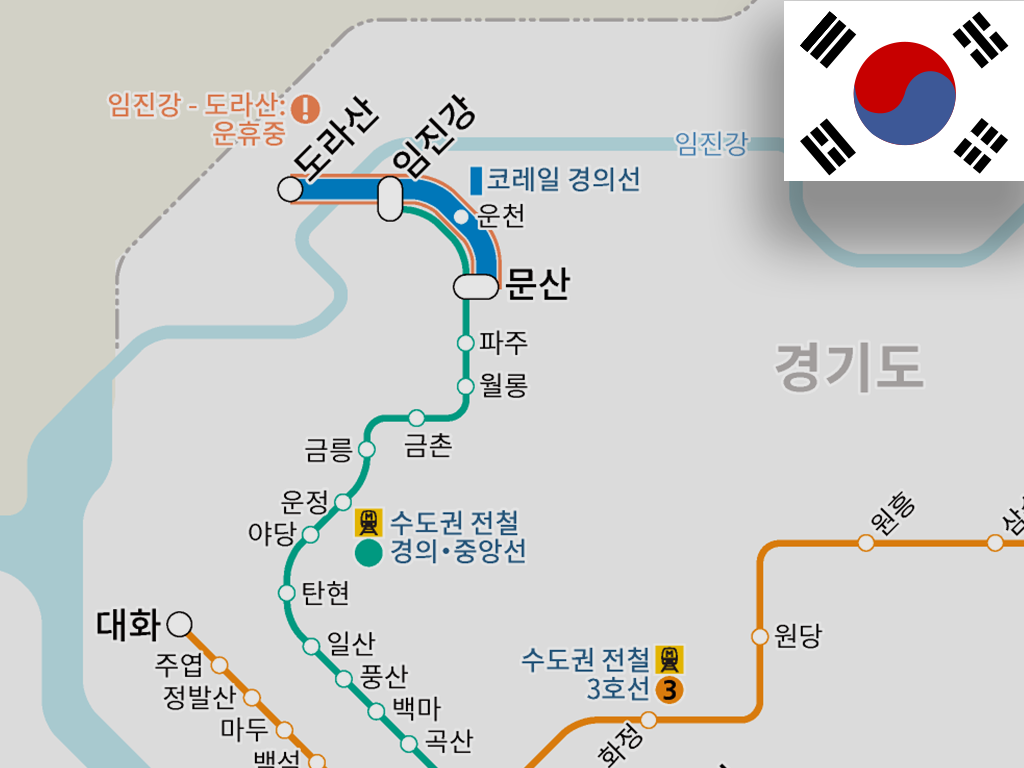 Imjingang station was the stop for the ‘Peace Train (DMZ Train)’, which has been suspended since October 2019. The section to Munsan station has been electrified and has revived as a station of Metropolitan Railway. The trains do not run directly to Seoul, but is operated by shuttle between Imjingang and Munsan stations.