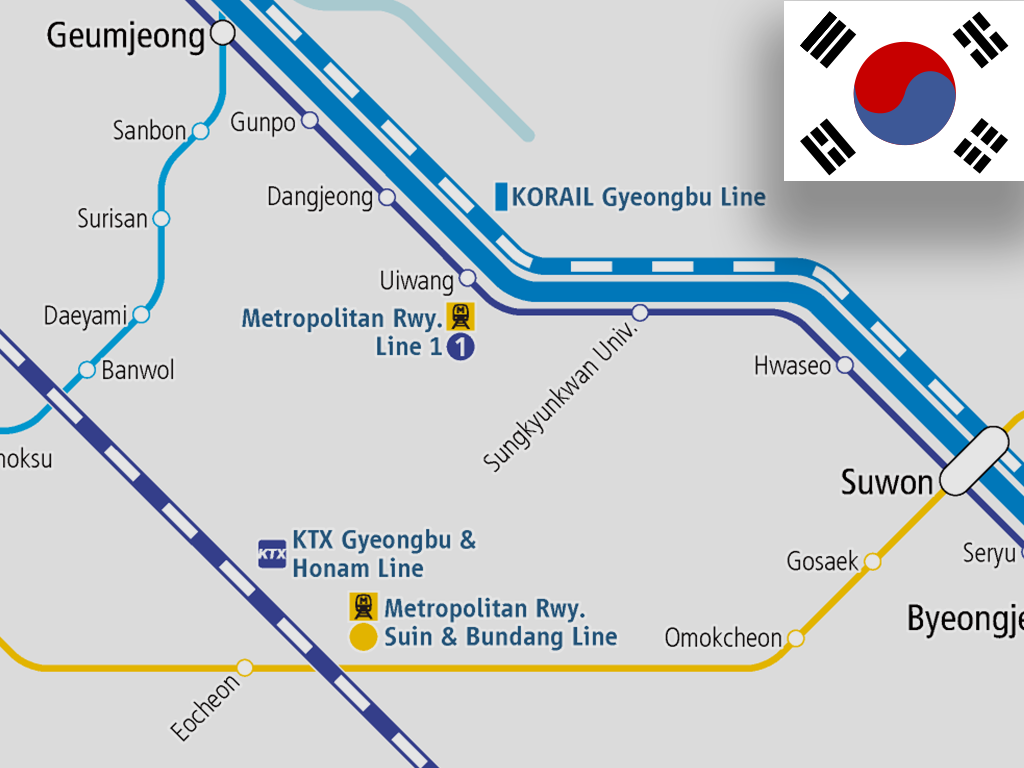 With the opening of this time, the Metropolitan Railway Suin Line and Bundang Line are integrated as the “Suin & Bundang Line”, and started the through operation via Suwon Station. It connects between Wangsimni Station (왕십리, Seoul City) and Incheon Station (인천, Incheon City) without changing trains.

Operation resumed on Hakone Tozan Railway between Hakone-yumoto and Gōra
Outlook for restarting operation on partial section of Hisatsu Orange Railway (updated on August 8, ...
Resumes operation for the first time in 4 months between Yatsushiro and Sashiki on the Hisatsu Orang...