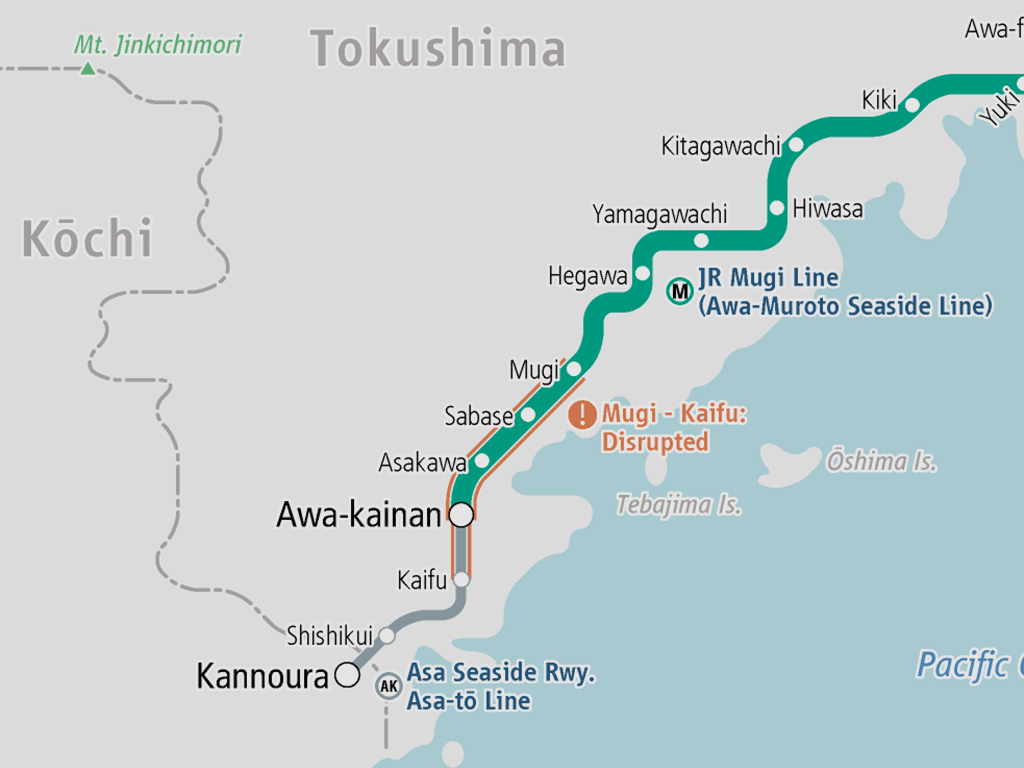 That is due to the fact that the Asa Seaside Railway, which operates between Kaifu Station and Kannoura Station (Kochi), plans to introduce a DMV (Dual Mode Vehicle) by March 2021.

The DMV is the world’s first transportation system equipped with both rubber tires and railroad bogies, capable of running on both railroads and roads. The time required to change the mode of both is as short as about 15 seconds, and people can connect to a railway line from sightseeing spots or town center without transferring. The DMV will run between Awa-Kainan Station and Kannoura Station in railway mode, and connection facilities will be installed at both end stations leading to the road.