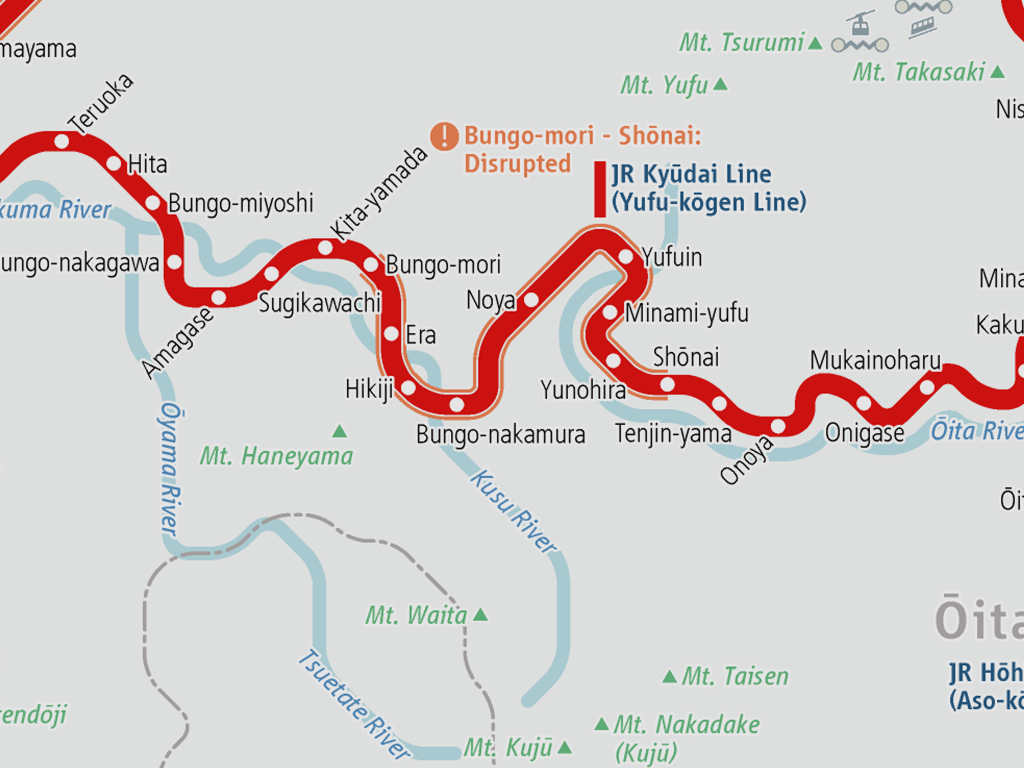 JR Kyushu is disrupting operation of the following sections due to the effects of the heavy rain disaster in July, 2020.

* The train operation was restarted on Saturday, August 29, 2020 between Shōnai Station and Mukainoharu Station (向之原, Ōita).