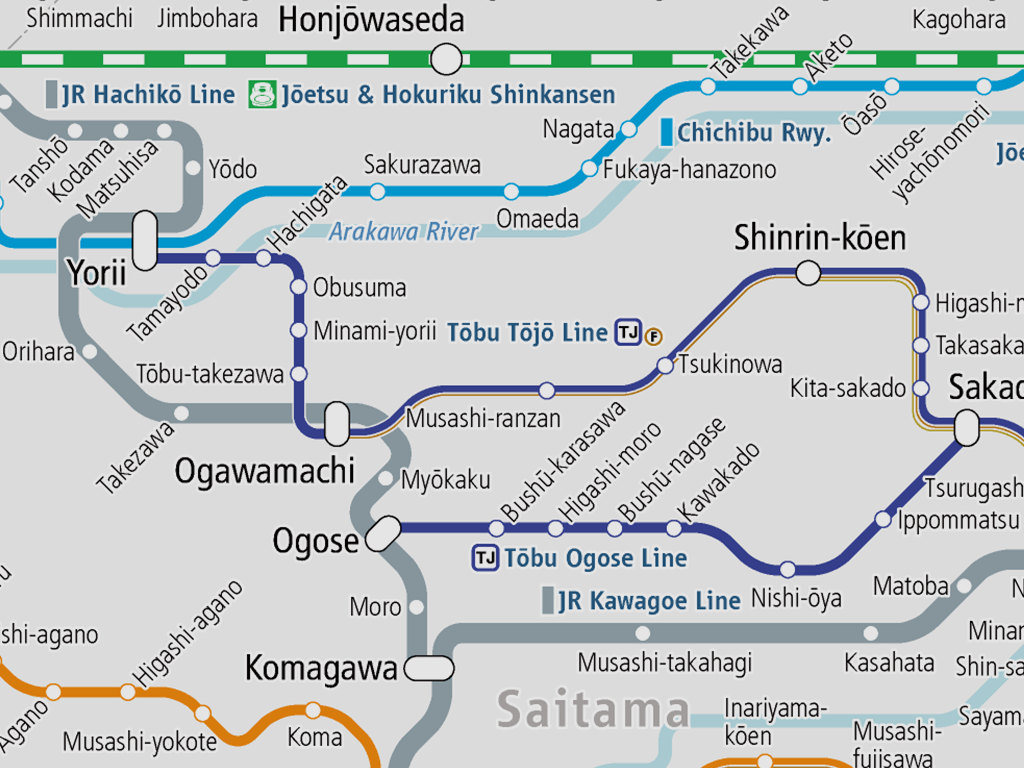 The station name clearly indicates the location on the south side of Yorii Town, and the “Minami” is written in hiragana for the sake of familiarity. In addition, because it is adjacent to Honda Motor Co., Ltd.’s Saitama Factory Yorii Plant, the sub-name <Honda Yorii-mae> is added in anticipation that it will be used by many people involved in Honda from Japan and overseas.

For the time being, the fare to Minami-yorii Station is the same as it to the station just before (Tobu Takezawa Station from Ikebukuro or Obusuma Station from Yorii). The same applies when using IC cards. At this station, passengers are instructed to use different automatic ticket gates depending on their direction.

In addition, with the opening of the new station, the station numbering from Obusuma Station to Yorii Station were renumbered.