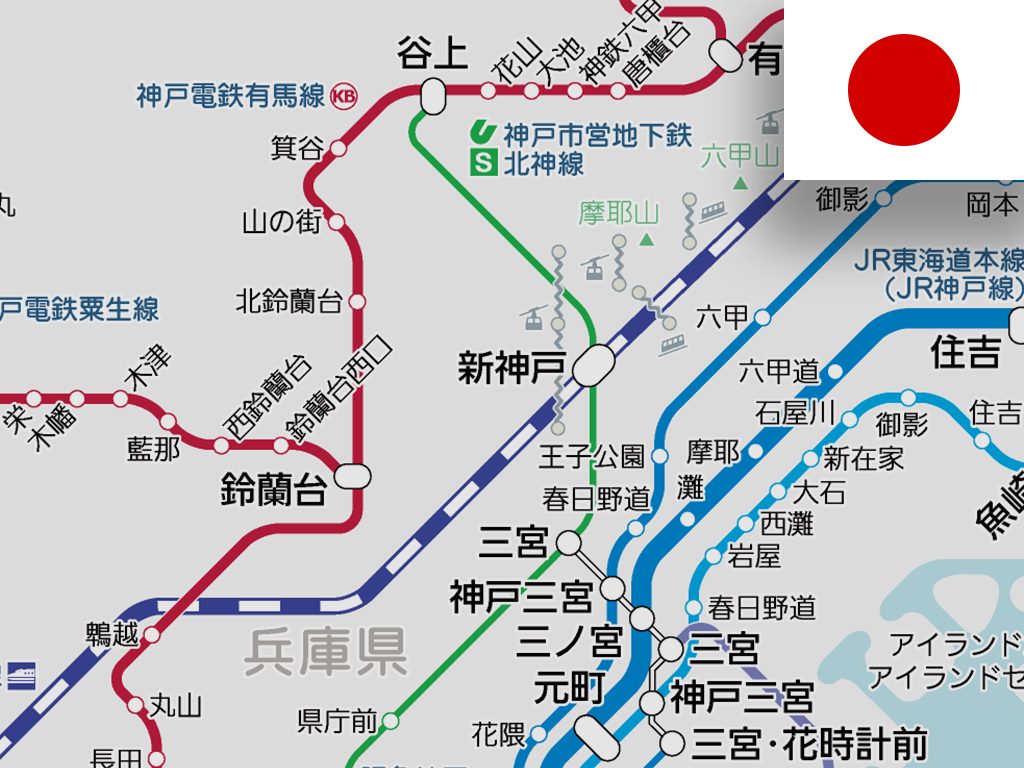 This is the first case in Japan that a private railway has been municipalized. Fares have been reduced across all lines, for example, the normal fare from Tanigami Station to Sannomiya Station was revised from 550 yen to 280 yen, which is about half the price.