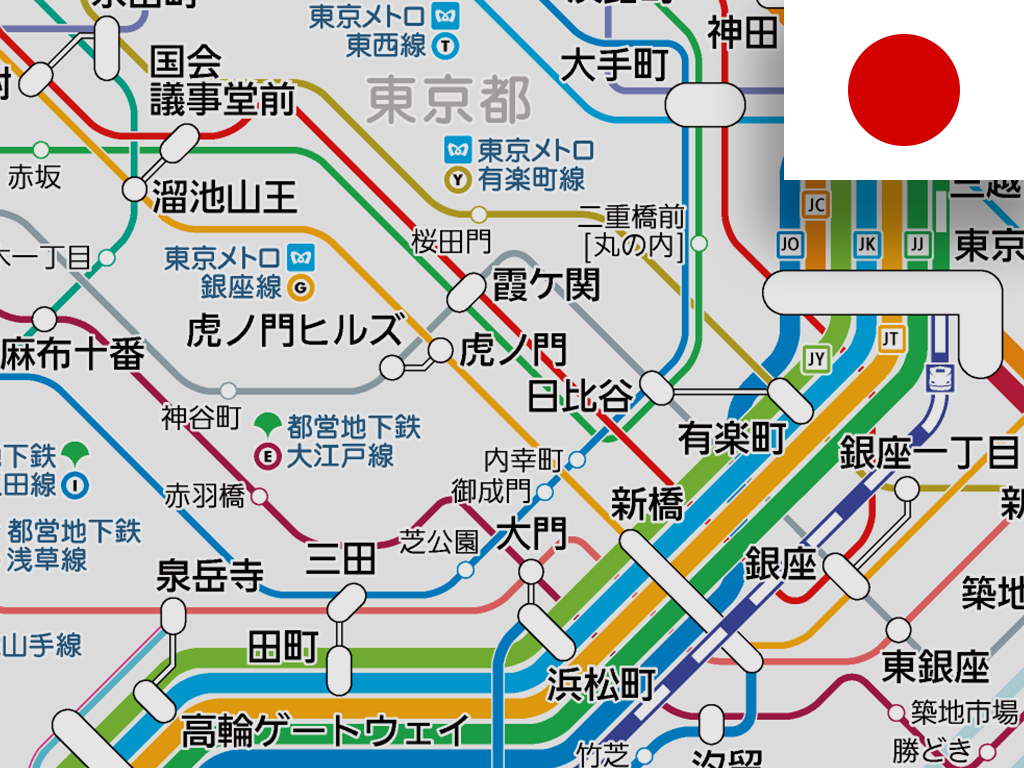 The station is located in the redevelopment area centered around Toranomon Hills Mori Tower, and a bus terminal for the “Tokyo BRT (bus high-speed transport system)” that connects the waterfront and the city center will be constructed. People can transfer to Toranomon Station on Ginza Line (G07) via the underground passage or above ground. In addition, with the opening of Toranomon Hills Station, the station numbers between Kasumigaseki Station and Kitasenju Station on Hibiya Line has been changed.

On the same day, Ginza Station on Ginza Line, Marunouchi Line and Hibiya Line (G09, M16, H09) and Ginza itchōme Station on Yurakucho Line (Y19) designates as transfer stations. All transferring passengers between both stations are via the ground.